Gate Burton Energy Park would comprise the installation of solar photovoltaic (PV) panels and an on-site energy storage facility, plus infrastructure to connect the scheme into the national grid at Cottam substation so the electricity it generates can be made available to the UK’s homes and businesses.

If consented, the project is anticipated as having a generation capacity of around 500 megawatts (MW). This is equivalent to providing enough clean energy to power over 160,000 homes and avoid more than 100,000 tonnes of CO2 emissions every year. 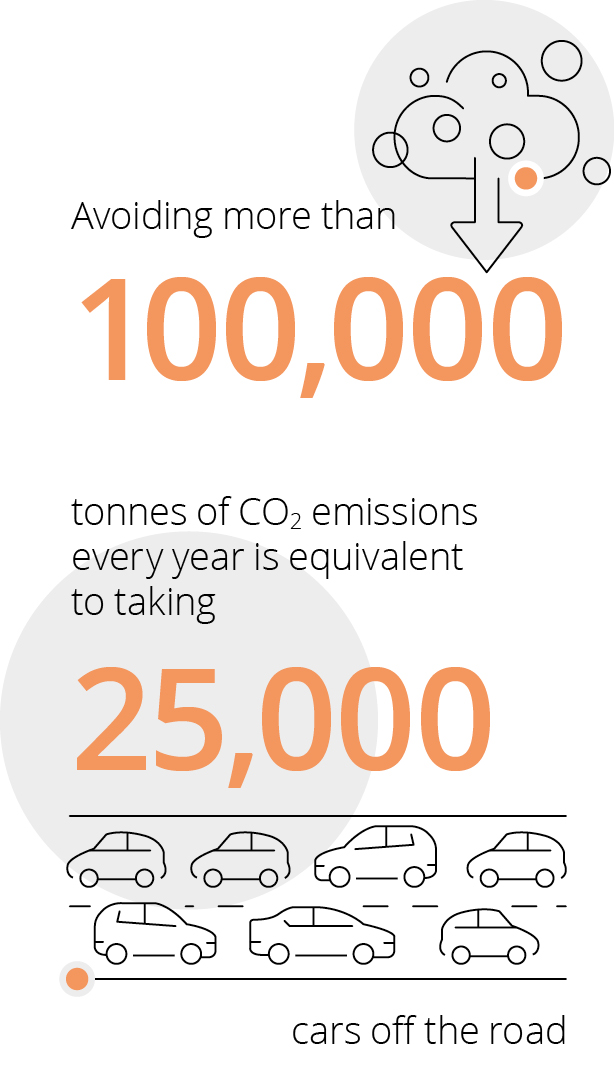 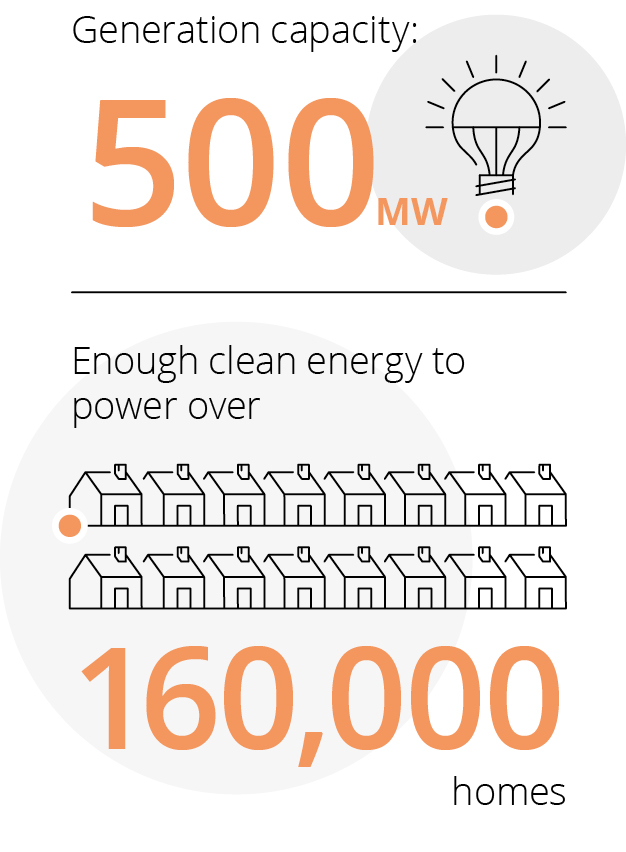 Gate Burton Energy Park would be built on agricultural land wholly contained within the boundary of one site comprising approximately 684 hectares (1,690 acres). The site is located in the West Lindsey district of Lincolnshire approximately four kilometres (km) south of Gainsborough, near the communities of Gate Burton, Martin, Knaith Park and Willingham-by-Stow.

The electricity generated by the energy park is expected to be exported into the existing national electricity transmission system at National Grid’s 400kV Cottam substation. Cottam substation is located approximately four km to the southwest of the site in the Nottinghamshire district of Bassetlaw.

The application we submit to the Planning Inspectorate for the project – known as a Development Consent Order (DCO) – will comprise the solar energy storage park and the grid connection route to Cottam substation. Combined these are known as the ‘DCO site’.

The DCO site comprises an area of 1,436 hectares. The map below denotes the extent of the land required for the construction, operation, maintenance and decommissioning of the energy park and the grid connection into Cottam. Within the boundary of the DCO site there will be areas for mitigation and ecological improvements, buffer zones that maintain a respectful distance between equipment and infrastructure and existing homes, landscape, ecological and habitat features as well as public rights of way. 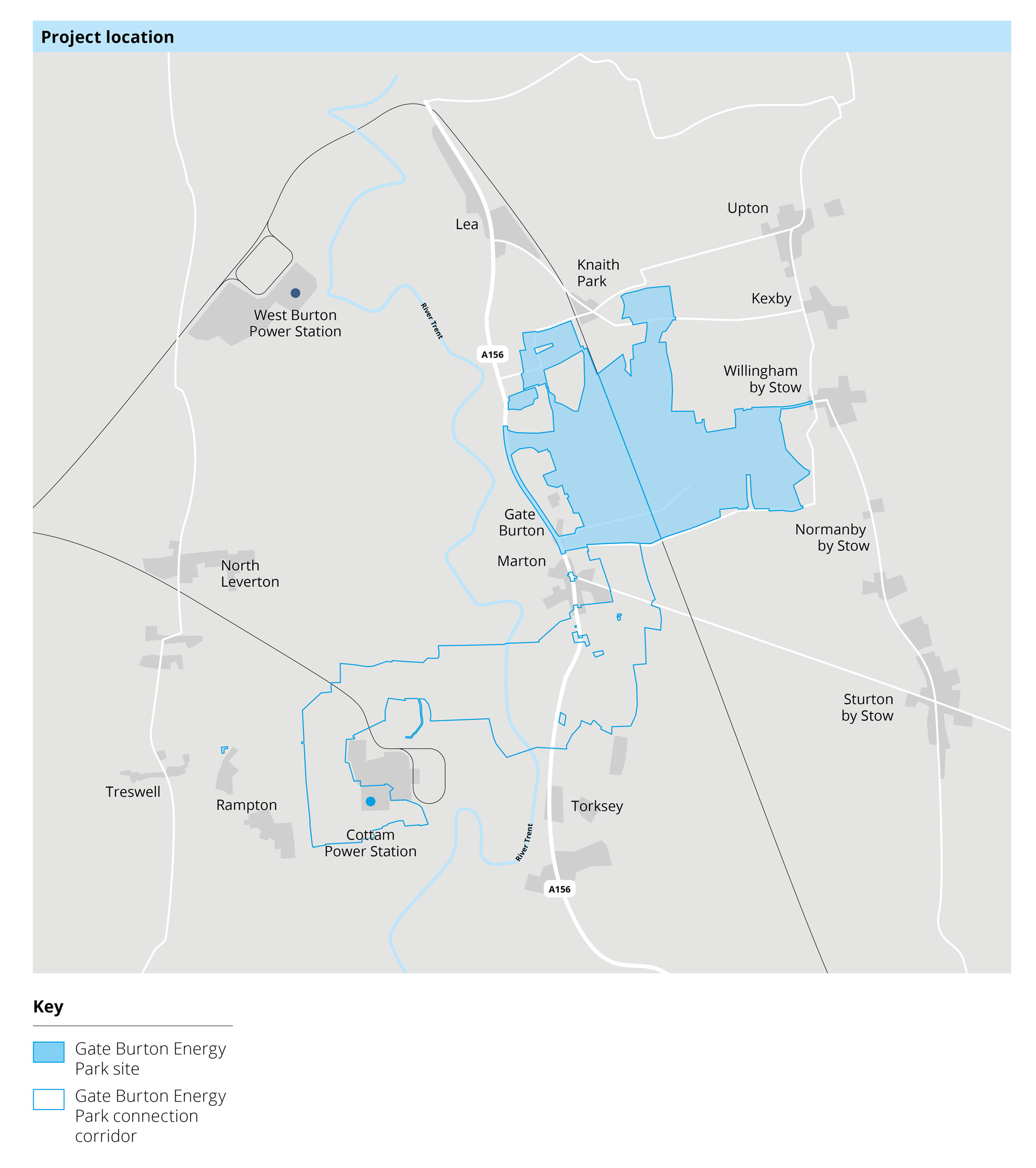 One of the key factors influencing the location of the project was the availability of the grid connection at Cottam substation with capacity to enable the electricity anticipated as being generated by the energy park to be fed into the grid.

Further to engagement with landowners who confirmed their willingness to enter into lease agreements the proposed energy park development site was identified as being suitable for a number of reasons:

Other solar projects in the area

Gate Burton Energy Park is a standalone project being progressed by Low Carbon, however from an early stage in our development process we have been aware of other large-scale solar NSIP projects coming forward in geographic proximity to our project.

Cottam substation is the proposed point of connection with the national grid for Gate Burton Energy Park and another potential solar farm in the area, Cottam Solar Project, which is being brought forward by Island Green Power.

Island Green Power is also developing proposals for West Burton Solar Project which is expected to connect into the national grid at West Burton substation located to the north of Cottam substation.

Given the proximity of Gate Burton Energy Park to the two Island Green Power solar projects, from an early stage in our development process we have sought to work collaboratively with Island Green Power in areas where we have common interests; looking at ways to maximise the opportunities for reducing the potential impacts of the project on the environment and communities and also lead to more efficient ways of working as the projects are developed.

As well as working to ensure local communities and residents are aware of the different solar projects, one significant area we have explored together with Island Green Power is the opportunity to combine the grid connection corridors into Cottam substation, resulting in the identification of a shared cable installation route.

Information on the outcome of this work can be found here. 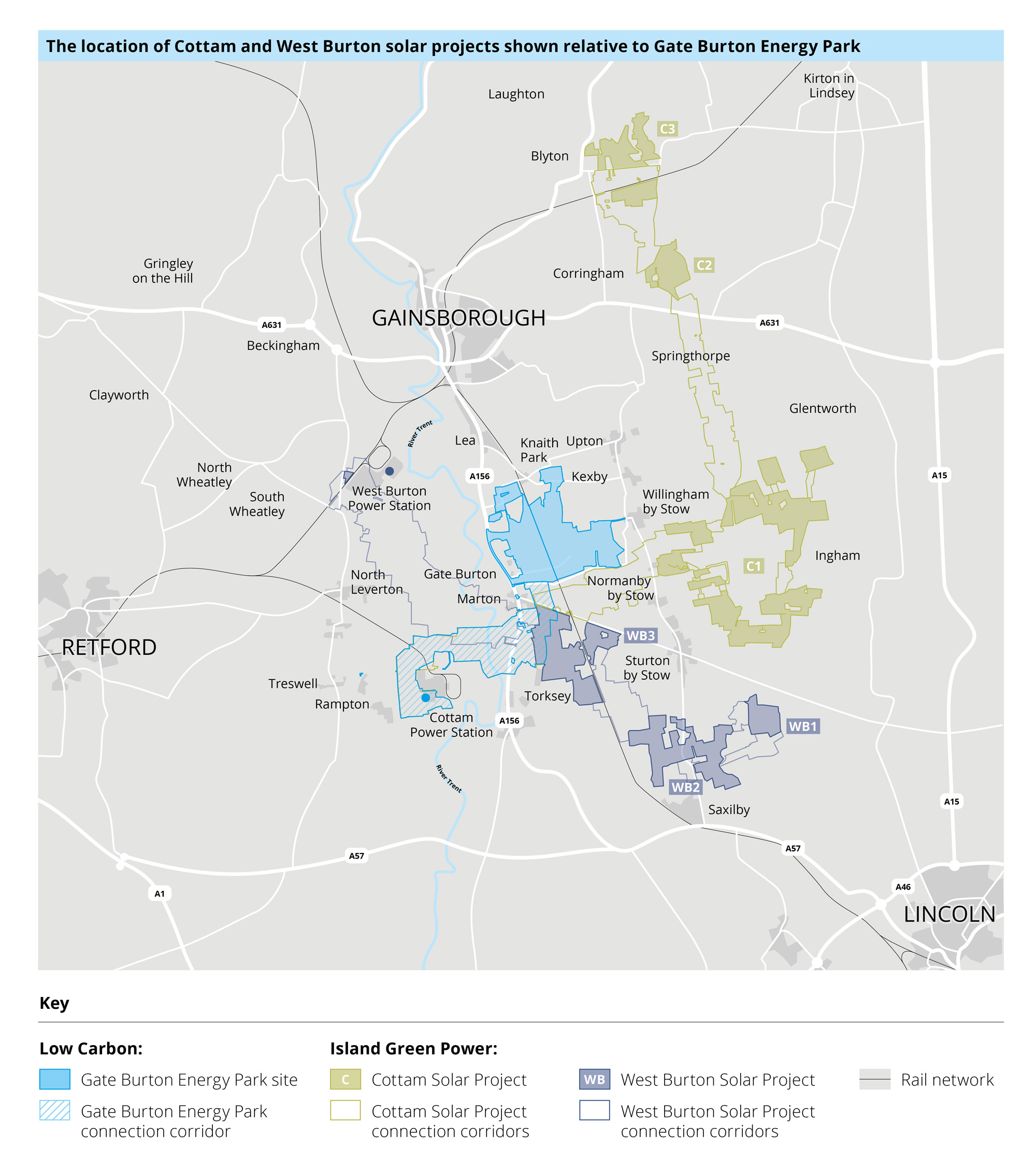 More information about Island Green Power’s West Burton and Cottam solar projects can be found on their respective websites. 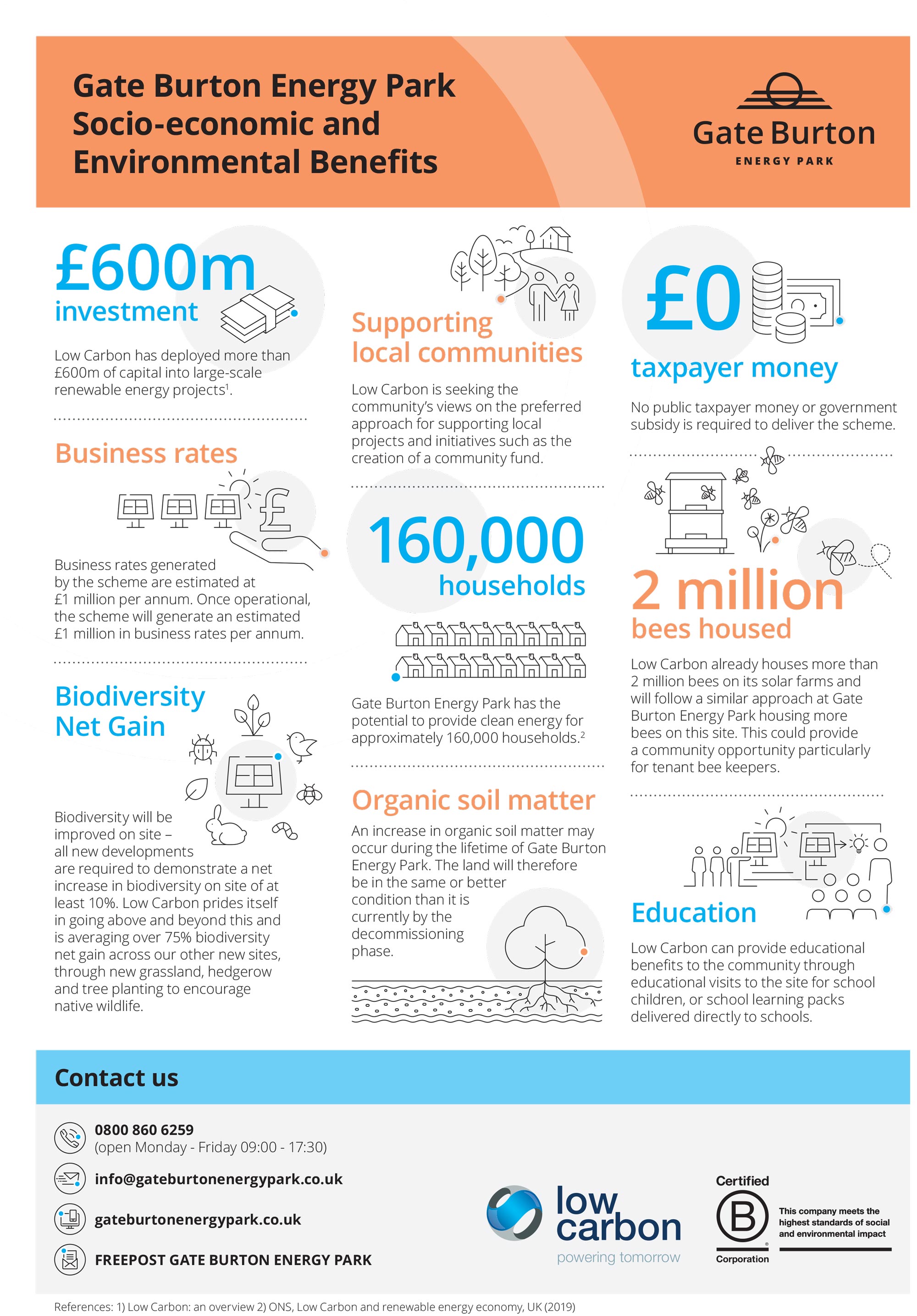